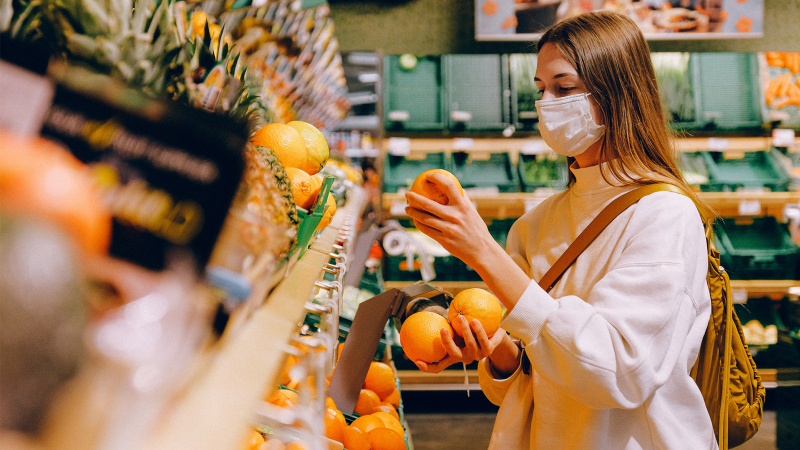 Naturarco Sas is an organic supermarket located at Via S.Caterina 40 in Arco in the province of Trento; it belongs to the Cuore bio chain, which has been active for more than 25 years. Its goal is to sell certified organic food products and, through the work of its employees, try to build and safeguard the health of customers and the nature around them. More recently, Bio-Essere Bistrot, a bistro offering buffet-style dishes made with organic ingredients, has sprung up alongside the produce store.

The structure consists of the supermarket part and the Bistro part. Air circulation is determined by two AHUs (Air Handling Units) that completely serve the rooms.

The goal of our project was to improve indoor air quality at the level of bacteria, viruses, yeasts, and mold and odor through the installation of a sanitization system consisting of apparatuses working through photocatalysis technology.

At the design level, 2 Gap 2000 Modules and 2 Gap 4000 Modules were inserted at the delivery channels of the machines. 2 AIRCAR units were also provided and installed on the company's two cars in order to ensure a sanitized environment for employees when delivering food as well.

The results achieved, documented by comparing "ante" intervention and "post" intervention microbiological analyses, were of were remarkably positive, as the bacterial load was almost completely lowered and the goal of lowering yeast and mold levels and odors from the Bistro side.

The Client was very satisfied as he achieved the sanitization result in a short time, which was already perceptible after a few hours due to the abatement of odors from the kitchen.